I grew up in a house hearing many timeless expressions.  These included idioms (i.e. “a penny for your thoughts,”) and other overused phrases.  My parents, especially my mom, used popular phrases when talking about a number of things, including behavior or the choices people make.

These phrases became a part of my own vernacular as I grew up.  Most of the time, these phrases seemed harmless; I understood the meaning and implications behind them (or so I thought I did). I knew they weren’t meant to offend anyone. But, there was also some truth behind these expressions.

The language (words and syntax) surrounding each topic (i.e. education, sports, politics etc.) shapes our thinking about various matters.  The problem is, we don’t think about the words used in our conversations as much as we believe to.

We commonly use expressions that we hear our well-meaning parents.  The words are seemingly harmless.  We forget that these words and expressions have an origin.  Some popular expressions are indeed harmless. But some carry more weight than we realize.  Some of the expressions were first used by the people in power to describe a group of marginalized people, or to shame them.

This concept is true about students with learning disorders. Many ideas around modern education and schooling come from the 1900s, a time when learning disorders were not well researched. It wasn’t until the last quarter of the 20th century that disorders like dyslexia, ADHD, and autism were identified in people.

When people work with kids, they frequently label their behaviors (and indirectly the children) based on their efforts and achievements.  Kids that are considered high achievers get described as “mature,” “driven,” “motivated,” “engaged,” “hard-working,” “caring,” “socially graceful,” etc.  Alternatively, kids that aren’t high achievers get described as “unmotivated,” “immature,” “socially awkward,” “self-absorbed,” willful,” “lazy,” “stubborn,” “disengaged,” “rude,” etc.  The thing is, the words you use to describe kids stick with them for life.

It’s challenging to figure out what works for the kids who aren’t performing well. And sometimes, you just want the easy fix, for them to show what you know they’re capable of. Most of these students crave success as much as their classmates. Yet, certain skills (social, emotional regulation, executive function, etc.) are not as developed for them.

But when students hear derogative terms used to describe them, they internalize the message. They begin to actually see themselves as rude, immature, and lazy, resulting in a self-fulfilling prophecy; sometimes this is due to shame, other times due to a need for attention.  Even when these students learn the reasons for their issues, they still remember the negative statements said about them.  And it’s hard for them to shake the feeling of shame off their shoulders. 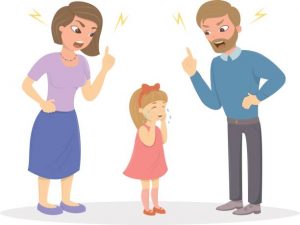 We need to find other language to describe kids who aren’t high achievers. It may seem trite, but these words carry more weight than you realize. Our current vocabulary is full of blame. Why can’t they just work harder? Why are they so lazy? Why can’t they just become motivated? Would it kill them to even try? People believe these kids just need to exert more effort to get better results. And it’s believed holding them accountable using grades and punishments they will develop that maturity.

But if we use language that isn’t filled with blame, our narrative starts to shift.  Listed below are some scenarios of what it looks like to shift your language:

The new narrative that is created is one of a student needing help learning something. Additionally, when you reframe the narrative, you can change your approach to talking to kids. Asking questions about any challenges the student is facing becomes more logical. This entire process creates a completely different dynamic in our relationships with our kids.  They will feel safer coming to us to share their problems.

So, what’s the moral of this blog post?  The vocabulary we use, actually frames our perspective.  In regards to learning disorders, current vocabulary used to describe a student’s struggles can actually bring more harm than good. Words like “lazy,” “immature,” and “socially awkward” blame the student for their problems.

In contrast, stories like “lacks conversational skills,” or “struggles with organization” reframe problems such that the kid needs help. We need to turn the language into words of struggles or potential learning curves rather than blame. Adults become of better service to the kids when they assume the students need help learning something.  The payoff is an adult life well lived by our kids.

Our Vocabulary is Harming Students with Learning Disorders

Parenting for Process
Secrets Behind Raising Happy and Healthy Children

56 thoughts on “Our Vocabulary is Harming Students with Learning Disorders”